Distinguished in the Academic category in the BIAAR 2016 PROCESSES

This is the pedagogical development over the last few years of the studio demonstrating the development of a series of student exercises where the program loses its determining role in architectonic progression, to concentrate on themes like materiality, structure, light, ambience, climate, use etc. At the same time, we develop a project practice that strengthens the vertical format of the studio permitting different complex approaches to the same problem and within the same work structure.
Kenneth Frampton determines three great fundamental factors in his de- termination of the architectonic form “Objectively it seems that the constructed would always suggest interaction of three convergent vectors: the topos, the type and the tectonics. We seek to incorporate the TECNIQUE in the initial lap of our project process. We seek to emphasize the relations between material, detail and the structure in the project exercise. We extend the concept of form as a result of construction and the material. We approximate the concept of architecture based on the material and structural facts, understanding the architecture of the foundation of a new objectivity based on the capacity of the matter of laying out new laws of certain universal degree. Understanding the city as our sphere of work and the capacity of architecture and the architectural goal of generating “models” for the creation of city and public space.

PROJECT AND CONTRUCT
The era quite a few studies that confirm that Filippo Brunellechi, with his project of resolving the cupola of the Basílica de Santa María del Fiori (1377-1446), in fact constructed, not only a cupola, but a concept of a new type of architecture: altering the rules of civil construction and initiating a process gradually separating the planner from the constructor.
ACADEMIC CONTEXT
Plan and construct are one and the same and we are interested in understanding form as a result of construction and the material, as something concrete. From the time of the renaissance and forward the plan/project has been a necessary instrument in order to construct architectural works. It changes decidedly within the process of the project, but we must not forget, above all in the academic shere, where the separation between planning and constructing is a dedicated strategy and the project itself only a medium.

The interesting thing is not the architecture itself, it is the construction of architecture.

MATTER
In the first semester we leave aside the variables related to the program, the place and the space to focus on the material conception of the architectural project, finding the sustenance and the sense of each project decision from the tension that relates the how it looks with the how it is constructed. 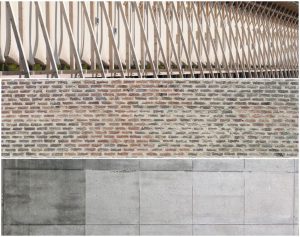 EI. MATERIAL ONE TO ONE
From the detailed study of the properties and qualities of a given material will determine the possibilities of form for the construction of a small scale work that will have as they achieve a stability problem to solve in the particular space for each material. The techniques of work on the subject, will leave their mark and will be part of the project and the finished work.
It will be appreciated that the proposed structure contains a repeatable module that has the capacity to generate larger structures. The rational use of the material and the beauty of the shaped piece will be evaluated. It should be taken into account the form of being des-form and this will be another project data. 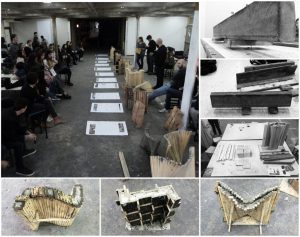 SISTEM
The architectural project is an articulation of complex systems. The understanding of the relation between a whole and the separate parts of a joint entity of functional elements working together, where each and every part is a function of the next, never isolating a single one. 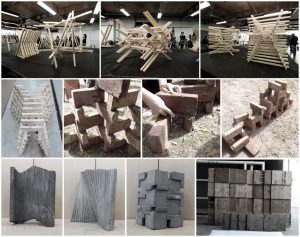 EII. STRUCTURE AND ENVELOPE: CONFORT
The great Ignacio Paricio teaches us that the existence of comfort and commodity, laid out by Alberti, is to be understood form two component groups:

DISTRIBUTION
Gives reference to dimension and organization of space; functions.

CONFORT
Guaranties the necessary comfort of exercising the activities of people. It is about fundamentally protecting these activities from the harshness of time or the meddling of outsiders.

COMMODITY: WATERTIGHT
Under the open sky: rain, snow, wind.
COMMODITY: ISOLATED
Limit the flow of energy. Protect the cold and the warmth.
COMMODITY: STABLE
Offer a consistent and durable structure

INSTRUMENTATION
Starting from a given volume that has arisen from a housing masterplan.
The exercise consists in projecting the structure and the enclosure, the vertical and horizontal circulations, and common spaces and terraces, garden terrace and the entrance from the ground level base of the volume. The projected volume is formed from a cubic module of 6M. The building will be projected with a certain material, in this case Reinforced Concrete. Circulations may be incorporated into or out of the given volume. Each project will determine a position of the sun relative to the building. It was appreciated that the proposed structure has some continuity with the previous work. 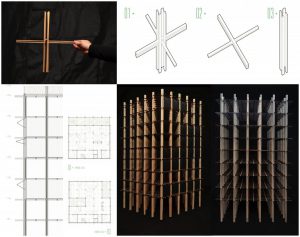 E.III INHABIT THE STRUCTURE
This stage of the exercise is proposed as a space for reflection around the theme of contemporary housing. Already brought into play in step two the tectonic issues related to material, detail and structure in the project exercise. We will focus on deepening the issues related to use and living. What is the house that the 21st century needs? What are the factors that, without being novel, require a new look/perspective?

USE AND WAYS OF INHABIT
It is proposed to study and evaluate habits and practices in contemporary domestic space by recognizing and incorporating the new conditions of habitation. How is contemporary housing affected in relation to the evolution of mobility in the contemporary world, the new ways of association between people, the introduction of new communication technologies in the domestic sphere, changes in the conditions of coexistence? What revisions can we generate as a model of coexistence in relation to private public tension? How far can furniture be the configurator of domestic acts?

INSTRUMENTATION
The exercise consists in developing the project addressed in the previous step, incorporating the use of domestic dwelling as another variable that adds to the decision making that defines the architectural form. The number of dwellings and living quarters within the projected volume will be part of each student’s proposal. Flexible proposals that allow different forms of housing and different types of inhabitants will be highly valued, as well as possibilities of intermediate spaces that act as mediators between the interior and exterior of the dwellings. And finally, also proposals that incorporate the car as part of the house and the whole. 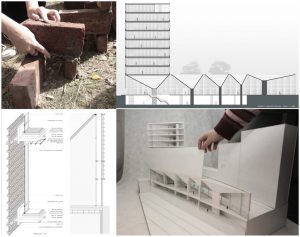 GENERAL OBJECTIVES
To understand architecture as a cultural practice about the physical world, whose working medium is the manipulation of matter and energy, to create living spaces for people, in a certain place, constituting a poetic fact. It aims to consolidate the student’s ability to project through:
A critical look: to develop a reflective and purposeful attitude towards the complex and changing reality of the contemporary world.
The instruments of the practice: Extend and deepen the instruments of the practice acquired during the first year. Understanding the specific procedures and skills of the discipline.
The final objective is that the student, starting from a critical look at the conditions both tangible and intangible of the subject to be treated, shall be able to raise the set of precepts that generate the support for the decision making that determine the architectural project.
The purpose of the course is to develop in the student his or her critical ability to approach an architectural project; Consolidating the management of the chain of knowledge, searches, decisions and procedures that constitute the project exercise. 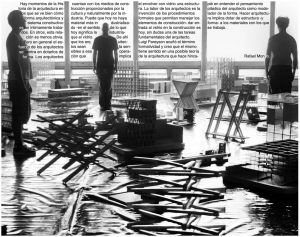